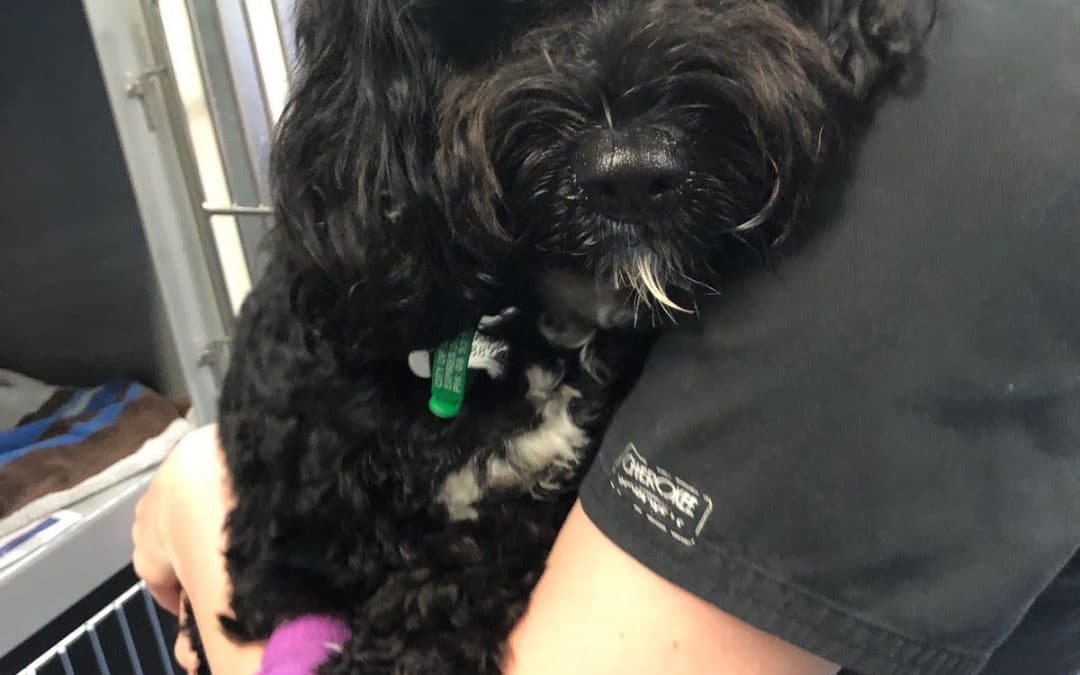 After a great day exploring a friend’s backyard, Olive the cavoodle was feeling as happy as a dog with two tails. Her tail stopped wagging the next day however, as she was overcome with nausea and vomiting, refusing to eat her food and acting very lethargic. The owner presented Olive to their primary care vet who admitted her to hospital for diagnostics and supportive care. By this stage she had developed hemorrhagic diarrhoea which is very a severe gastroenteritis. Blood tests and abdominal radiographs ruled out more serious causes of her symptoms such as an intestinal foreign body. She was started on supportive care of intravenous fluids via a drip, anti-nausea medication, antibiotics and gastro-protectants.

Olive was referred to PVE for ongoing supportive care overnight. She had further diarrhoea in hospital, but it slowly reduced in frequency and volume and became less hemorrhagic. To keep her comfortable overnight, her medications were continued as well as intravenous fluids via a drip to rehydrate her.

In the morning Olive was a lot brighter, also regaining a small appetite. She remained stable for discharge and was sent home to her worried owners. A bland diet of cooked chicken and rice, and strict rest were prescribed until she recovers. Olive’s owner was unsure of the cause but after questioning her friend found out they had recently placed fertiliser in the garden. Diagnosis: a severe gastroenteritis from fertiliser. Hopefully Olive learnt her lesson to never eat that again! 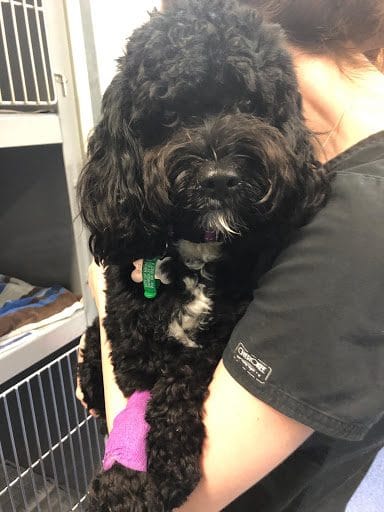