Lily and Vlad her Superhero Furdad 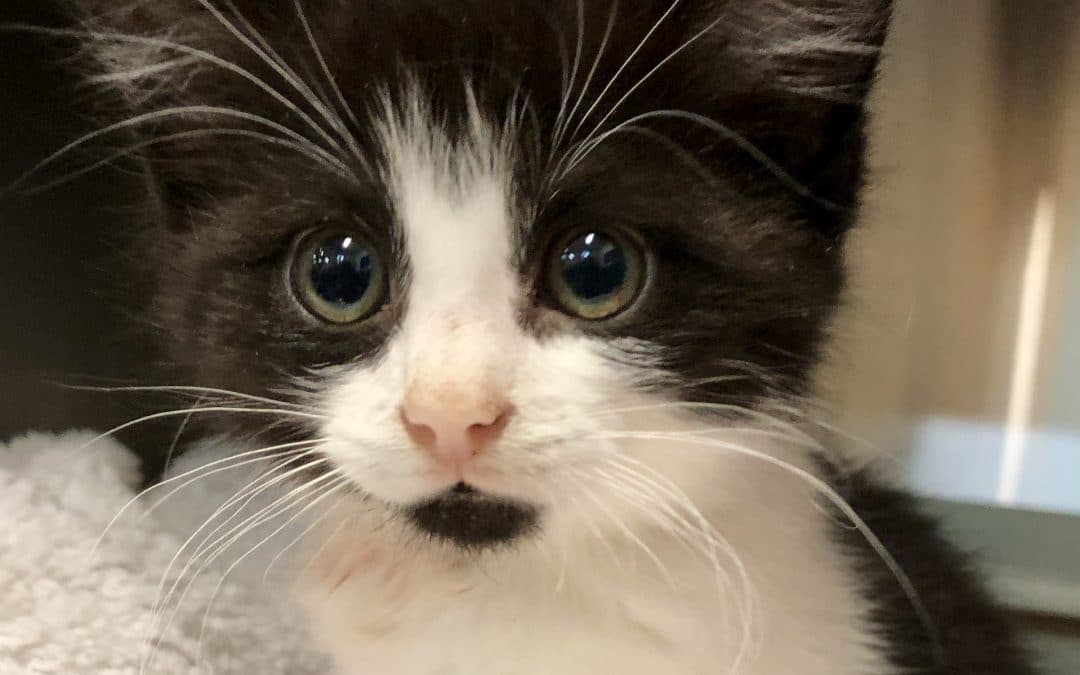 Lucky Vlad became an instant cat dad after he found and rescued two abandoned kittens near the beach recently. The barely two-month-old black and white kittens soon discovered they had struck gold with Vlad and his feast of Royal Canin Mousse! Little Lily was fairly bright and eating but not as energetic as her brother, and also not gaining as much weight as he did during these past few weeks.

Then suddenly one day Lily wouldn’t move, appeared lethargic and lost all appetite. Vlad, proving to be quite the feline superhero, rushed Lily to us where Dr Trystan discovered she was severely anaemic. An extensive series of tests followed, from blood parasites and liver function to Feline Leukaemia Virus and Feline Immunodeficiency Virus but all came back negative.

Sometimes finding a diagnosis can be tricky but through this long process, Lily was a superstar brightening up and managing to eat again, with the help of some nighttime oxygen. Blood was set aside for her in the possible event of an urgent blood transfusion… but first, the team needed to uncover the underlying condition. Finally, it was a match! Test results confirmed Mycoplasma Haemofelis which is transferred through flea bites and hides within the red blood cells causing anaemia. This caused Lily’s tiny body to attack its own red blood cells resulting in a severe immune reaction. Once diagnosed Lily was soon able to return home prescribed with antibiotics, immunosuppressive steroids and most importantly, a flea treatment.

Felines can remain carriers even after treatment and relapses are possible so it is important that they stay indoors, other household cats are treated for fleas too, as well as all carpets and bedding thoroughly cleaned. This furry dynamic duo likely picked up fleas during their abandoned time on the streets, however, it serves as a good reminder to ensure pets stay on top of their regular preventative parasite treatments.