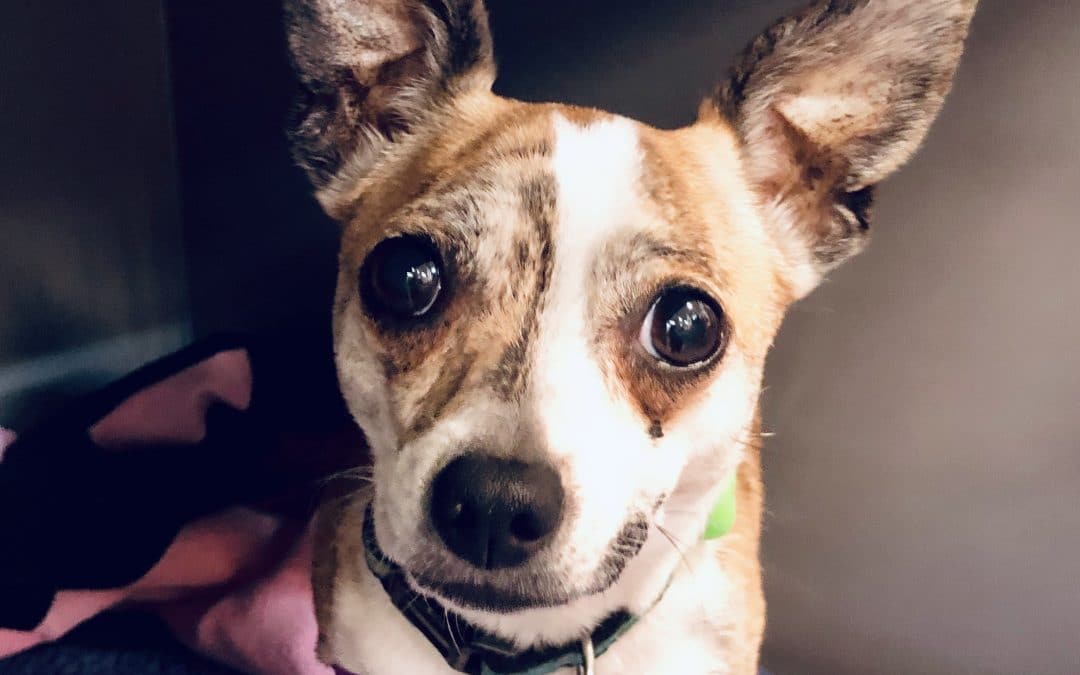 Iggy the chihuahua was admitted to PVE rocking one of the best name tags the team have seen. What pup doesn’t need their very own ID card… They are people too right?!! Unfortunately it was her scavenging skills that landed her in emergency. She presented late one night after owner Kim noticed she was acting very strange. She was initially wobbly on her feet but this quickly progressed to a total inability to walk. She is a known scavenger around the house, and with Kim being a vet nurse she suspected Iggy might have found her way into some household medications or toxins. A urine test was performed to assess for any toxicities but came back as negative. Baseline blood tests also did not show any alarming abnormalities. Her symptoms were most likely consistent with severe toxicity or neurological disease, which would require an MRI scan at a specialist if her symptoms continued.

She was provided with supportive care overnight and treated for a toxicity with activated charcoal. Within a few hours she was feeling a lot better and now able to stand. Intravenous fluids were also used to help flush out any toxins. By the morning she was eating and walking well. Kim will now be extra vigilant with Iggy after discovering how good her scavenging skills are!

If your pet is displaying signs of toxicity ingestion, please contact your nearest veterinarian or Vet Emergency urgently.