Garfield Wounded From A Cat Fight 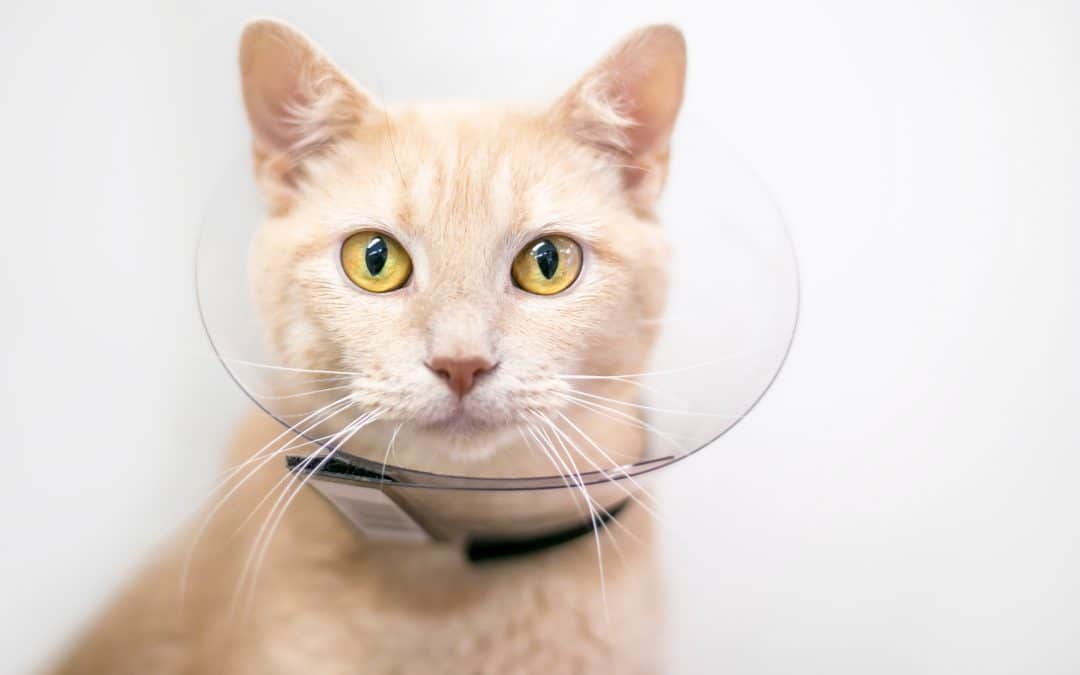 Veterinary treatment for his infection

Garfield is a solitary cat who lives alone with his humans. His days consist or resting, grooming himself, relaxing on the loungeroom shelves, eating and relaxing in the shade of the front lawn. He never ventures from his yard and is known to be a ‘scaredy cat’ so when his owners returned from work and found a scratch on his chest, they decided a veterinary check-up was necessary as they had no clue how he could have injured himself.

Garfield had a consultation with Dr Oisin Tracey who examined the wound on the left thorax which was a cut through the full thickness of the skin. It was recent and hadn’t yet become infected or begun to heal which meant a good clean and antibiotics were required.

The wound was a tell-tale sign of a cat fight so Dr Tracey continued examining Garfield’s body for any further injuries. He found multiple superficial scratches on the feline’s neck and abdomen as well as another full thickness wound on his right lateral.

The kitty was admitted to Perth Vet Emergency for a few hours to have the right and left injuries treated. At a glance, most would consider the injuries to be minor, without cause for concern, but Garfield’s owners had experienced treatment for an abscess previously and were keen to have all traces of wounds examined.

All animals have bacteria in their mouths and nails. When a cat is bitten or scratched by another, the bacteria is transferred to the wound. Even the tiniest of wounds can be infected by the bacteria which will manifest and cause an infection that can become painful. The most common infection from cat fights – is an Abscess. This is a pocket of pus that develops under the skin after it has healed, trapping the bacteria within. Deep injuries can result in Cellulitis which is when infection spreads through the tissues. In any case, the earlier the treatment, the greater the chance of avoiding infection or the spread of infection. 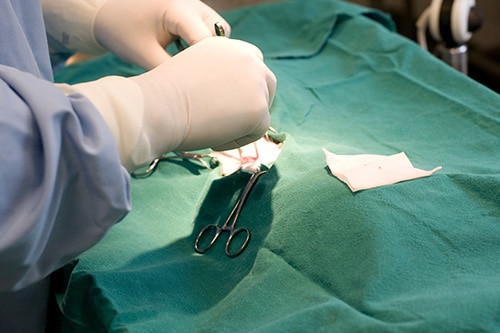 Upon admission to hospital, Garfield was sedated for his treatment. The wound sights were clipped and cleaned in preparation for surgery. The areas were flushed and thoroughly cleansed to remove any foreign debris or bacteria. Dr Tracey also debrided some of the skin edges around the wound that were damaged and at risk of hiding bacteria despite the surgical flushing. Thankfully there was no damage to the tissues, beyond that done to the skin, so Garfield was sutured and recovered well enough to return home within a couple of hours.

His owners were dispensed enough antibiotics and pain relief for Garfield until a recheck at his GP in 2-days to ensure the sites were healing well. They also received a report explaining Garfield’s procedure, medication and further instructions about his injury. This included:

A comprehensive medical report was forwarded to Garfield’s GP from PVE so they had all details on file for his pending appointment. 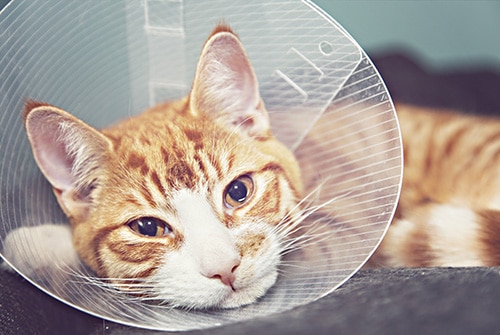 Garfield was also sent home with the much loved e-Collar to help prevent him from irritating the wounds prior to the suture removal. This was his least favourite aspect of the entire experience though we’re happy to report he adapted quickly and made a full recovery.